You might be wondering how yoga can help your social life. It is merely a form of meditation that a person does by themselves. In fact, yoga requires contemplation and clearing your mind. You cannot talk to anyone while you are practicing yoga. So how can yoga, a solitary activity, help your social life?

The answer is pretty simple. While yoga can be a solitary activity, at times it is done as a group activity where people gather together to practice yoga together. While everyone meditates on their own; the activity is done in one another’s company. And after you are done with your yoga poses, you can talk to one another and share experiences and stories; strengthening your friendship and bonds. 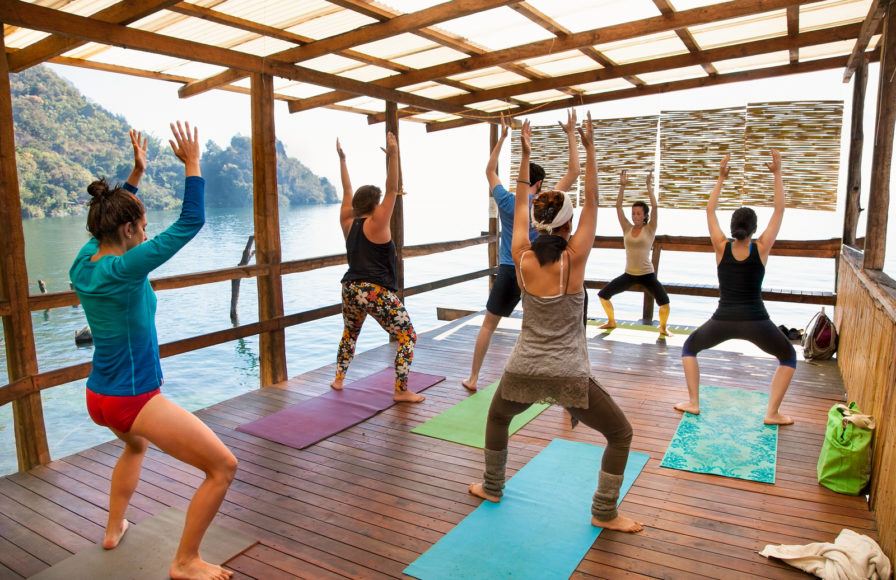 So, where are some places where you can meet other yogis?

The most obvious option is the yoga studio. Joining a yoga class can not only be helpful since you get to practice yoga under the watchful eye of a seasoned yogi but also helps you get to know other people who are just beginning their yoga journey or have been on it for a while. If you are just starting yoga, then a beginners’ yoga class might be perfect for you. The other people you meet, will also be at the same level as you thus you will have something in common. At most yoga studios people either come before the class starts or stay a little later after it is done. Therefore, you will have the opportunity to talk to some of the people.

Yoga at the Park

If you already know how to do yoga and do not feel the need to spend cash on a class at your local yoga studio then a good option is to join a yoga group at a park. Most parks have some kind of a group or another which joins together to do yoga. You can join a group and do yoga with them early in the morning or whenever they do it. This will give you a chance to socialize with other people who do yoga. These people might even live nearby and therefore you might see them around as well. Meeting those who do yoga and therefore have a hobby similar to yours, might just spark a great friendship. If not, just the idea of doing yoga with a group might help you feel better and ward off loneliness.

With the advent of social media, making friends is easier than before. There are yoga communities on every social networking website. You can join specific groups on Facebook which are made for people to share their yoga experiences and ask questions and make friends with a similar hobby. Then there are communities on Instagram, which can be found via certain hashtags. You can follow accounts which post about their yoga experiences, comment on them and they will do the same for your posts. Slowly and surely, you will have a group of online yoga friends who you can share your yoga adventures with!

More from my site