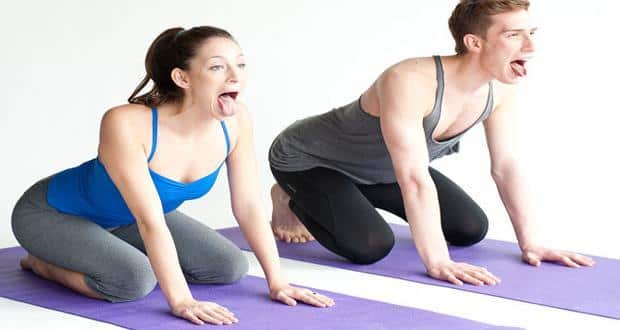 “Swallow on three.” I tell myself. “1, 2 … I can’t … ouch … 3. It hurts.” I know I’ll have to go through the same pain in a minute and the minute after. My body became my enemy. I have been estranged to sickness prior to that incident. I’ve never been to the hospital before I turned 20, except for the time I was born. My life at 20 was a spider net of academic endeavors, difficult workouts, neglect of relationship with my tennis coach and distance from my family.

I came down with mononucleosis, a rare bacteria that flourishes in hot climates, such as the Sonoran Desert and the like. I spend most of the day in bed, but during the 1 hour that I’m consciously awake, I try to eat and manage to force some grapes down my shrunken throat. It’s as tiny as a straw. It’s disabling me to even talk. The good thing is we live in tech times when text messaging or emailing is an option. My mom calls regularly, but the few words that I manage to blur out don’t make much sense. “In bocca luppo.” I hear my dad screaming in the background. It means “good luck” in Italian; it is just a phrase that he always says instead of saying “bye”. This time, it actually drew a wrinkly smile to my face.

It all started on a tournament trip when I suddenly felt a bad cold coming. I’m typically not one to take medicine right away unless I try all the alternative options before. But this time, neither of it worked. I was happy to get back to my dorm after the tournament completed. I was looking forward to some much-needed sound sleep. But as the weekend rolled around, I felt worse. All I did was wait for Monday to go to the athletic training room and get some medicine that actually works. I didn’t think I’m sick enough to go to the emergency room. That would just make me look weak, and I don’t want to admit that I’m sick. I’ve never really given control of my health over to someone else before, and that scared me to the core.

I walked over to the athletic training room, and with teary eyes, explained to the trainers that basically everything hurts, and I just want to sleep. I would be scared to open up in the same way to my coach. While we were on the tournament trip, I felt like I couldn’t tell her that I don’t feel well; winning matches was the only thing that ever mattered. Finally, I felt safe about being honest, and in the emotional breakdown, all my fears came out in the shape of tears. The trainer took me to a little room where no one would disturb me. Another one handed me a huge bottle of isotonic beverage. Hugging the bottle, I crawled onto the tiny bed and fell asleep for the rest of the day.

It took a good 3 months for me to step back to my feet and feel well. My shrunken body had difficulties holding me up. Muscles deteriorated during that time–it is a known side effect. But what I did gain during the time of illness was a new found appreciation for my body and very low-impact workouts like stretching, and meditation. Health after all starts from within. Before, I was all about lifting heavy weights and converting that strength to explosiveness through short sprints. If I haven’t sweat enough, I was not satisfied because my coaches leading up to then made me believe that it is what I should do. I was so wrong about trusting them. I was exhausted and poorly nourished. When the little mono bacteria crossed my way, it was enough for me to break down.

My advice to you as a friend or a teammate of someone who you see struggling is to start doing healthy things with them and educate them through healthy examples. I feel like it is the best lead you can initiate. Approaching them from the wrong way might actually make you lose their trust. Show them healthy options, then you can let them ask you for help first, rather than you coming to them saying they have a problem. Celebrate their successes and show them how proud you are of them. Oftentimes, there’s no one else around who would recognize their hard work.

More from my site